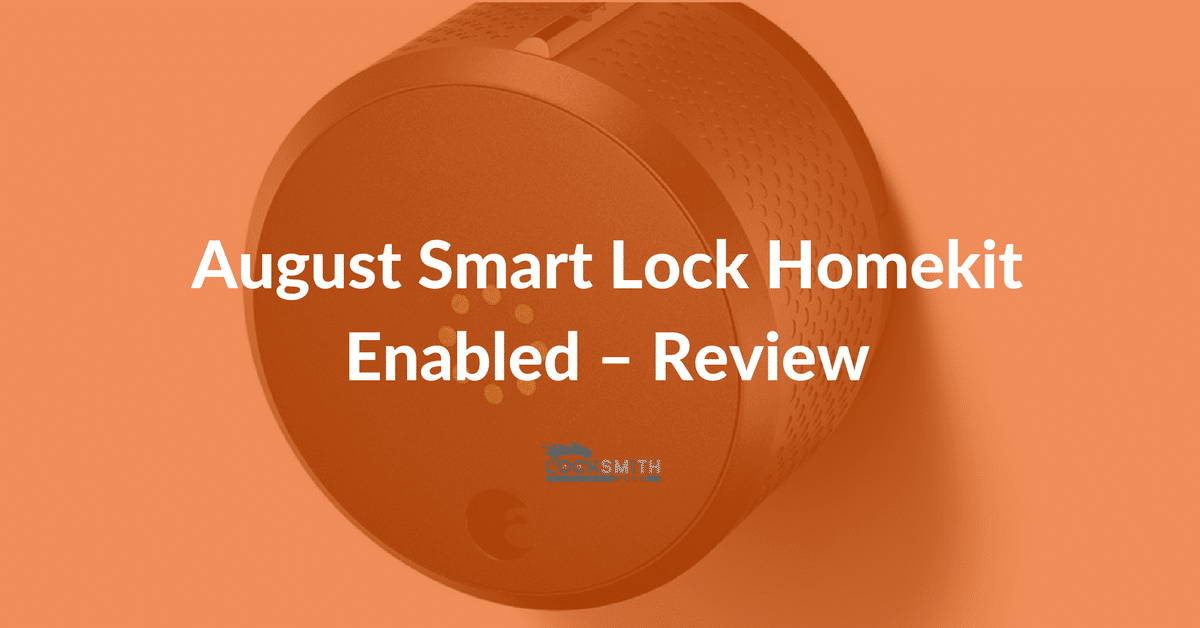 You knew it already, but now research proves that as well:

Worse, with the passage of time, the emotional impact increases. Six in ten people stated that their home felt spoiled or tainted after the break-in. A quarter of people even had to move their house to get back to normalcy. Alien to these feelings? Never want to “discover” them in your life?

Some people think it is the best smart lock in the market – others think otherwise. Either way, by the end of this article, you’d know whether or not this lock has what it takes to keep your house safe.

Things to Consider Before Buying A Smart Lock

Before we turn our attention to August Smart Lock Review, here’s what you need to know about smart locks. If not anything else, this buyer guide will turn you into an informed customer. As a result, you’ll be in a better position to decide which smart lock suits you.

Generally speaking, there are two types of smart locks available on the market. They include: lever-style and deadbolts. The deadbolt smart locks require less installation and are easy to install. On the flip side, since they install on the existing system, they provide less security than a lever smart lock.

Key or No Key?

If you live in a smart home, investing a little extra in the smart lock can result in home compatibility. Such smart locks usually operate with an app that syncs its security system with your home’s. Hence, you can control them in the same way as other devices of your smart home.

​There are three ways via which your smart lock communicates with your phone: Wi-Fi, Z-wave, and Bluetooth. While Bluetooth smart locks are known for their battery timing, a Wi-Fi model is known for its wide-ranging compatibility. Z-wave models, meanwhile, provide a solid range.

Have guests coming in to your house at odd hours? Don’t want to leave them waiting outside your house while you’re at office? Go for the guest-access feature provided by some smart locks. Using this feature, you can send a time-bound key of your smart lock to the guests so that they can chime in without your help.

Second, if you’re worried about safety, go for smart locks with built-in alarms. These alarms start sounding as soon as the smart lock is under duress – so that the entire neighborhood knows when something is amiss.

Though they sound pretty good, there’s a reason why some features are “additional”: they don’t come cheap. Thus, unless you’re protecting something extremely valuable, it doesn’t make financial sense to go for them.

Which Padlocks to Avoid?

Ever since its release in October 2015, the August Smart Lock Homekit Enabled has turned out to be reliable and durable. It has an easy-to-use app, works with Nest, Logitech Harmony, Siri and Comcast’s Xfinity Home.

You install its app on your smartphone, and you can unlock/lock with just a tap. Or, if you want to see automation in full swing, you can take advantage of the auto-unlock and auto-lock features which come in the package.

If the batteries die down or the app doesn’t work for some reason, you can still open/close the door. All you have to do is to turn the lock by hand (from inside) or use your key (from outside) to open it.

If you want to compare August Smart Lock Gen 1 Vs Gen 2, there is one similarity you’d notice in its design. For, just like its predecessor, the HomeKit Enabled fits to existing deadbolts. That said, not all deadbolts will fit the Homekit Enabled – meaning you’d be better off to check whether or not the existing deadbolt is compatible with it.

Turning our attention to its aesthetics, and much hasn’t changed in August Smart Lock series over the years. It is available in the same dark gray or silver finishes – and stands taller than your average doorknob without appearing obtrusive. That said, there are few areas where the Homekit Enabled has to smarten up a bit. Take, for example, the new grip pattern. Its round edges and easy-to-grip pattern has made it easy for you to manually lock/unlock the door

And to secure the faceplate which houses the four AA batteries – which come in the package, magnets have been added. It is a welcome addition to the original model had a faceplate which tended to slip off while locking/unlocking.

Finally, if you don’t want your neighbors to notice, you can install the Homekit Enabled on your door’s inside. It will mean that you can use the existing keys as well as the deadbolt.

Bottom Line Box:
In many aspects, this lock’s design isn’t different from those of its predecessors. That said, when it comes to the ease of usage, the current lock is miles ahead.

Go through Smart Lock Reviews, and you’d know that most of them are a pain-in-the-back to install. Luckily, the opposite is true with August Smart Lock Homekit Enabled. Just get a screwdriver and spare half an hour and you’d be through the whole process.

As stated above, go through August’s Compatibility Chart to check whether or not your existing deadbolt is compatible with the Homekit Enabled.

Take-off the thumb-latch of your previous lock

Using a screwdriver, loosen the screws off your existing thumb-latch. Afterwards, take out the thumb-latch.

Install the mounting plate on the deadbolt

In the package, August will provide its own mounting plate. Line it up against your deadbolt’s tailpiece. Finally, use the screws you took off in the previous step to secure the mounting plate against the door.

Install the Adapter on the lock’s back

First of all, go for an adapter which is compatible with the tailpiece of the deadbolt. Next, attach it to the back side of the lock before lifting up the wing latches. (Three adapters come in the package; you can check which one suits your deadbolt from August’s Installation Guide)

Install the lock on the mounting plate

The last step of the installation process, it involves securing the lock against the mounting plate. Once you do that, tighten the wing latches so that the lock is secured in its place.

Done with the installation process? Now remove the plastic battery separator and take the magnetic faceplate off the smart lock. Finally, enter the August Smart Lock into a pairing mode with your smartphone.

Read any August Smart Lock Review, and you’d see the majority raving about two features in particular: Auto-Unlock and Auto-Lock. Though looking similar to a layman, both of them work differently.

Take, for example, the Auto-Unlock feature. As the name suggests, it opens the door automatically once you arrive home. Using a combination of Wi-Fi, GPS, and Bluetooth, it makes sure that it’s you and not anyone else before the door is unlocked. ​As for the Auto-Lock Feature, it will shut the door itself every time you leave it unlocked. All you need to do is to set time after which the door will lock itself – which varies from 30seconds to 5minutes – and you’ll never have to wake up in the middle of the night to check whether or not the door is locked.

Another important feature is that of guest-access. Depending on the type of guests, you can give them either a one-time access or a recurring one. The Guest Access feature also lets you decide whether the guests could use all the features or some of them.

If you have an iPhone, you can turn to Siri to control the smart lock. Those Apple users who have a 4th or above generation Apple TV can also connect the lock to their smart home devices. In this way, you can control your lock remotely.

Finally, there is the feature known as DoorSense – which makes sure that your lock never leaves ajar. Most people confuse it with the auto-lock feature but there’s one notable difference between both.

As the review might have suggested, the August Smart Lock Homekit Enabled isn’t that bad. If you still need further proof, let’s take a look at what some of its others users have been saying about the smart lock. Hopefully, that will help you to reach a decision. Even with a little noise, the 2nd generation August Smart Lock is an excellent choice for customers looking to keep their home safe. Right from its app (which is easy to interact) and the installation (which was a cinch) to the performance, the August Smart Lock didn’t leave much to desire. Add to it the fact that it gives you the option to add Siri into the mix with the Homekit, and the lock is truly smart.