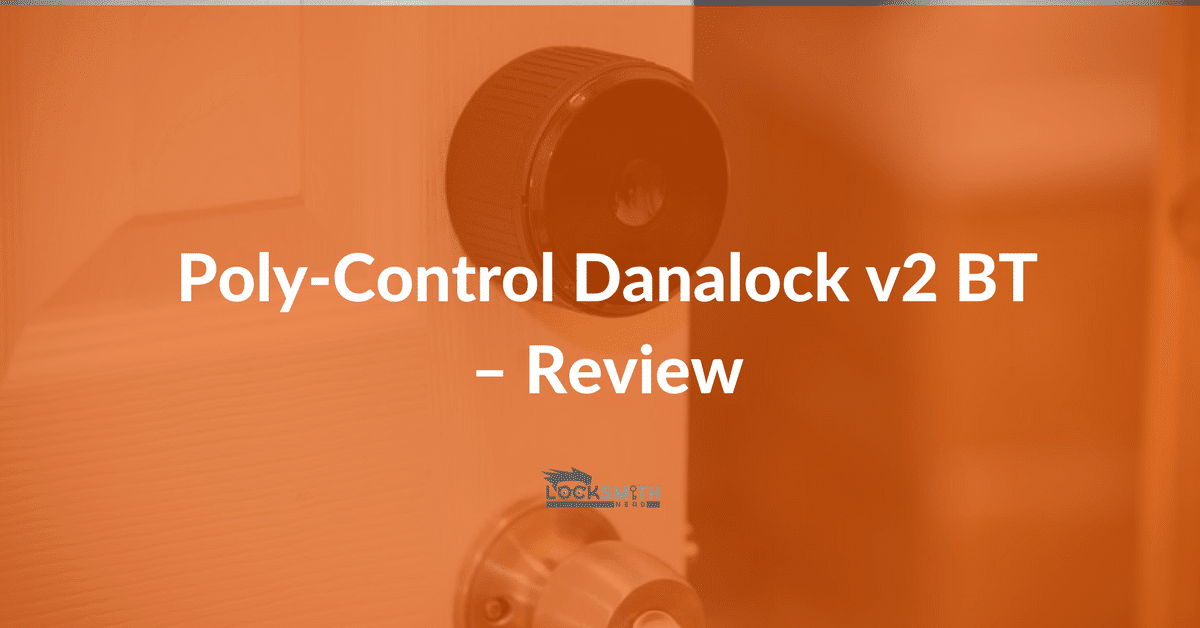 Though you may guess it already, research states that as well:

70% of burglaries take place during the week – with a majority happening in office timings.

So you may prepare to hit them with all the baseball bats you may like, the burglar will enter your home when you’re not there. And unless his luck has gone north, the burglar will have an open field to conquer. That is, a house with none of its members present. Most burglars aren’t tech savvy people – they rely on brute force to break in. And since it has received a favorable rating from ANSI, the Poly-Control V2 will stop them right there.

And what about its other features, I hear you ask?

For them, scroll down.

Things to Consider before buying a Smart Lock

It doesn’t matter which smart lock you’re going to buy – be it August, Schlage or Danalock – you should ask some questions in advance. In this way, you can be sure in advance that a particular smart lock will meet your needs.

Here are some of those questions:

How the Lock Works?

Some people might look at this as a benign question, but it could have serious repercussions in the long term. For, while there are locks which use Wi-Fi to connect with your smartphone, others rely on Bluetooth. There are also others – like Poly-Control Danalock V2 BT – which use the Z-wave.

Each of these networks have its pros and cons. Take Wi-Fi locks, for example. Though they come cheap, Wi-Fi locks are power intensive – meaning they consume battery for fun. As for Bluetooth smart locks, they rely on government-grade encryption to transfer data. It means that they are the most secure out there, but this security also comes at a steady price tag. Lastly, there are Z-wave locks which use a mesh network to communicate. It is a low-powered network which relies on wireless and has the best battery timing of all protocols. And since it relies on sensors in a smart home, the range of Z-wave is impeccable.

That said, unlike Wi-Fi or Bluetooth, a Z-wave smart lock IS NOT compatible with your average smartphone. Rather, its motion sensors and bulbs need a hub to communicate. It means you need to purchase the hub in separate if your smart lock uses Z-wave.

BOTTOM LINE:
If you want top level security – and can afford to pay a little extra, Bluetooth Smart Locks rule the roost. Others who have a tight budget but wants an above-average security can rely on Z-wave smart locks.

What about the battery life?

It doesn’t matter which smart lock you see over the internet, all of them claim to have long battery lives. Just to be on the safe side, try to find customer reviews of any smart lock you’re looking at. For, while you don’t want to have a lock which uses an obscure battery – you also don’t want to change it every month.

Is It Easy to Install?

Though not a deal-breaker, this question might save you from the effort AFTER you’ve purchased a smart lock. For, while some smart locks are easy to install – others require you to consult a locksmith. That means an extra cost in addition to the one which you paid for the smart lock.

Before buying any smart lock, look at their installation manual and video over the internet. In this way, you can be sure how much effort you’d have to put in during the installation phase.

In stark contrast to the wide-held perception, smart locks ARE NOT bomb proof. When brought under intense duress, they will give way – as will any other lock in this world. Still, that doesn’t mean that you shouldn’t look at their physical security level.

Talking about the security level, most smart locks are graded by ANSI/BHMA. Their grades range from 1 – 3, with Grade 1 locks considered as the safest and therefore fit for commercial usage. They aren’t cheap, though, which means that Grade 2 locks can be cost-effective for most residential purposes.

Apart from providing support for both Bluetooth and Z-wave – which is a hallmark of most Poly-Control locks, the Poly-Control V2 provides support for Nest, Wi-Fi, and Harmony. It means that be it compatibility with home-automation systems – or remote door access, not many locks can rival the performance of the Danalock V2. What’s more, the Danalock Z-wave has also been provided with a lock-state sensor. This sensor will recognize whenever a dead bolt state is in the proximity, resulting in an easy installation process and an improved user-experience.

More importantly, when it comes to communication protocols, the Danalock V2 offers the broadest range. While it uses Bluetooth Signal recognition to locate your smartphone – there is also the Z-wave to integrate the smart lock with your home automation system. And if you want to remotely lock/unlock the door, the Wi-Fi integration will come to help.

Unlike other smart locks available in the market, the Danalock V2 comes only in one finish: black and anodized aluminum. This is in contrast to other smart locks most of whom offer at least three styles. It also means that whether or not you like it – the smart lock won’t match your home’s décor, much less the hardware of your door.

Since it won’t require you to change the existing deadbolt, the Danalock V2 has three mounting plates which match most deadbolt layouts out there. Similarly, four cylinder adapters give the V2 the freedom to switch the locking mechanism between Z-wave, Wi-Fi, and Bluetooth.

As for the battery life, most users agree with Danalock’s claim that the batteries last 12-months, on average. The lock draws its battery timing from CR123A lithium batteries which are known for their durability and performance.

To say that Danalock has removed the pain out of installation won’t be an understatement once you look at the V2. The smart lock has a U.S. specific mount which will fit on the existing deadbolt without requiring any modification.

And as stated above, there is a lock-state sensor to identify the state of the dead bolt as open or locked. Taking help from the Danalock widget, this sensor fully automates the whole installation process. Consequently, no manual inputs from your side will be required.

Hence, while questions on the safety provided by the Danalock are still there – as it would be as safe/unsafe as your existing deadbolt, the whole installation process would be a cinch.

Almost inevitably, the biggest strength of the Danalock V2 – that is uses existing deadbolt – is also its biggest weakness. Make the deadbolt strong, and the Danalock V2 can withstand the toughest of onslaughts. Make it weak, and your worse imaginations might come true.

That said, there’s one thing you can do to improve the security of the V2: change your existing deadbolt. And since you’re at it, make sure to replace it with an ANSI/BHMA Grade 1 deadbolt. Yes, it will cost you additional money, but only then can you be sure that the deadbolt will complement the efforts of the lock to secure your house.

First of all, the Danalock V2 gives you remote access and control over itself via DanaBridge. Taking help from existing technologies in your home – i.e. a tablet which uses BLE or Wi-Fi or an old smart phone, the app turns them into a bridge, making it easy and cost-effective for you to remotely manage your smart lock.

Second, if you choose to activate them, the V2 will give you notifications throughout the day. For instance, if you want to be reminded when your children come home from school, the V2 will remind you with a notification.

Thirdly, there is the auto-lock feature which will lock the door after it has remained open for a specific time period. You’d be in charge to decide after how much time the door should relock once someone has left or entered the home.

Apart from our own experience with this lock, we decided to decrease the margin of error as much as possible. Consequently, we scoured the internet during the Danalock V2 BT review. Here’s what we found out.

Having said that, not all is doom and gloom about this model. Provided you have the finances to swap your deadbolt with a more secure one, the compatibility provided by this lock in addition to its features would make it a decent choice.